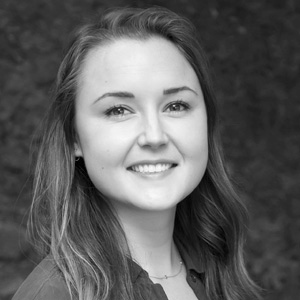 Jenny Jonsson is Vice President of Strategic Development at Bansvik Holdings in Stockholm, Sweden. Bansvik Holdings amongst other things, is the owner of ByggVesta AB, a leading developer of sustainable rental apartments and student housing in major cities around Sweden. Alongside being operational in the company, she sits on the board and acts as an active owner.

Jenny also co-founded Yalla Rinkeby, a women’s cooperative in Sweden, together with her mother Laurie Jonsson. Yalla Rinkeby trains and empowers immigrant women who are far from the working world in cooking, catering, entrepreneurship, sewing, Swedish language skills and leadership. The initiative started in parallel to ByggVesta building new rental apartments in the surrounding area and was created together with the local population after a year of extensive interviews and focus group meetings conducted by Jenny and Laurie. Jenny now serves as active chairman for the organization.

Jenny also sits on the board of the Sweden-American foundation who’s objectives are to ”work for the development of a relationship between Sweden, on the one hand, and the United States and Canada, on the other, by promoting the exchange of scientific, cultural, and practical experiences through presenting fellowships to young men and women for research and graduate level studies in the United States and Canada."
Back To Team